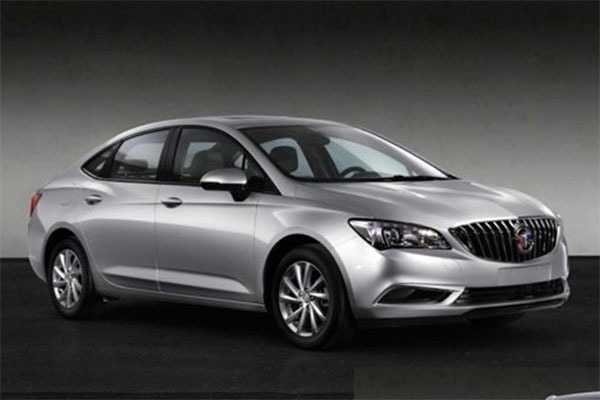 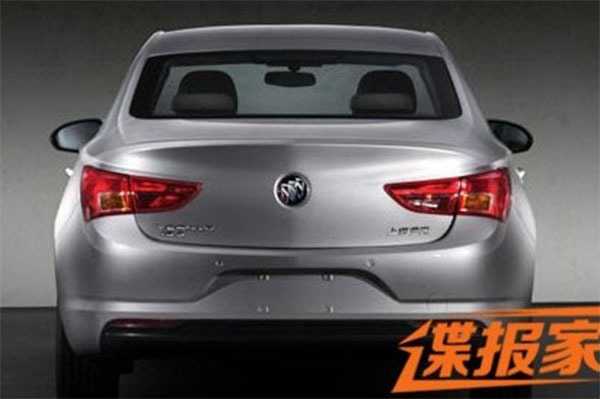 For the 2017 model year, we expect the Buick Verano to be completely overhauled (redesigned and re-engineered) for the North American market.

In China, meanwhile, the new Verano Sedan was announced in April of 2015 and launched three months later for the 2016 model year. As such, we expect it to receive several minor updates while also receiving a new five-door hatchback body style and a performance-oriented Verano GS variant.

We expect the 2017 Buick Verano sold in China to receive several updates in equipment, features, and colors. We expect the vehicle to be very similar if not identical to the all-new Verano due to launch in North America in 2016.

In addition, the 2017 model year will bring two new variants to the Verano in China. The first will be a five-door hatchback while the second will be a performance-oriented variant of hatchback named Verano GS.

More info on the Chinese-market:

Following are our expectations of the North American-market 2017 Buick Verano, which will mark the second generation of the Verano nameplate:

Just three years ago Buick introduced the its smallest passenger car — the Verano sedan — for the 2013 model year. Now, the life of the first-generation Verano is coming to an end, as Buick gets ready to introduce the second generation of its compact passenger car, according to an Automotive News report. To note, Buick has already unveiled the new Verano in China, and the U.S. model will likely be largely the same with the exception of a few differences in styling and features. Nevertheless, here’s what to expect.

Set to hit the streets in the latter half of 2016 or early 2017 in the U.S., the completely-overhauled 2017 Buick Verano will likely share a significant amount of genes with the 2016 Opel-Vauxhall Astra K Sedan. Like the Opel-Vauxhall Astra K range, the new Buick Verano will ride on GM’s new, global compact D2XX platform. This compact architecture is also shared with the second-generation Chevrolet Cruze family. D2XX will allow the second-gen Verano to shed a considerable amount of weight compared to its predecessor, which was underpinned by GM’s Delta II platform. The weight savings will undoubtedly help in improving the small Buick’s fuel economy and handling characteristics, if the 2016 Chevrolet Cruze is any indicator.

However, those changes are likely to go overlooked by most consumers. As such, the most noticeable change to the second-gen Verano will be on the outside, as the compact sedan will wear all-new sheet metal in line with the evolution of Buick’s design language. Moreover, it is likely that the model will grow in size and interior volume, just like its platform mate — the new Chevrolet Cruze. The larger interior is also expected to bring with it improved materials and interior design.

Another expectation is that the second-gen Buick Verano will swap out the current model’s naturally-aspirated 2.4L I4 LEA Ecotec as the base motor for a smaller, more efficient, and turbocharged four-cylinder unit. At this point we don’t know precisely which powertrain will be fitted, though we wouldn’t be surprised to see the either the turbo’ed 1.4L or 1.5L Ecotec, the latter seen in the 2016 Chevrolet Malibu. GM’s ubiquitous 2.0L LTG I4 turbo would most likely replace the current model’s boosted 2.0L LHU I4 as a potential up-level powerplant.

It’s currently unknown whether the Verano sedan will be joined by a five-door hatch variant, though it’s certainly possible given the existence of the Astra K hatch in Europe and GM’s alignment of the Opel-Vauxhall and Buick brands globally.

Like the 2016 Astra K and Chinese-market Verano, we expect the North American market 2017 Buick Verano to have the latest technology in infotainment and active safety/driver assistance systems.

A far-too-tall Ontarian who likes to focus on the business end of the auto industry, in part because he's too tall to safely swap cogs in a Corvette Stingray.

The Buick Verano was a timely addition to GM's premium-brand lineup Buick decided to take an existing GM architecture, and make it more powerful, hushed on the road, and richer in feel. As a result, it has a truly distinctive offering in this new segment, one worth shopping if the sporty edges of the Audi A3 and Mercedes-Benz CLA-Class are a turn-off.

From a styling point of view,”carryover” is fine—the Verano squeezes neatly into the expanded Buick lineup, with  enough ties to its siblings in its grille and interior to cover up its small car proprotions. Almost all its styling cues are uniformly tasteful and gently subdued, save for the hood's plastic chrome portholes. They're clear afterthoughts. The interior definitely has its act together, with a richly finished dash and softly lit gauges.

Interior appointments are worthy of being compared to those of any luxury car this size. The front-wheel-drive layout bestows upon the Verano a very spacious cabin. Front seats are comfortably supportive, with all-day cushioning for a wide range of humans, along with no shortage of seat travel and good headroom for taller drivers. The Verano's rear bench is well contoured, too. Only limited rear legroom gives the Verano away as a small car. For cargo, a wide trunk opening reveals a roomy area and second row seat backs that fold easily for longer items.

A phenomenally refined, comfortable, quiet interior distinguishes the Verano from less-expensive compact sedans. Quiet Tuning is a keyword at Buick, and it describes much of the Verano's personality. With its meticulous sound-deadening measures, like triple-sealed doors, laminated side glass, an acoustic windshield, and various foams, baffles, and mats, the Verano is very, very quiet inside. Buick has worked to isolate road, wind, and engine noise, so even if you're driving the Verano hard, on some of the coarsest surfaces, you'll be able to have a soft-spoken conversation.

The Verano shares some significant suspension and body structures with the  Chevy Cruze, but it's tuned more for comfort and silence. Base Veranos have a soft feel, but Turbos don't dial that up as much as we would like. They're simply not as taut as their extra horsepower would suggest. If anything, we think that the slightly faster steering and firmer ride of the Turbo could be adapted with ease to the standard car. On all, disc brakes at all four corners bring things to a halt via pedal that's a little spongy for us.

A 180-horsepower, 2.4-liter four-cylinder engine is standard on the Verano. Not quick by any means, it's capable only of 0-60 mph times of about 8.6 seconds, but the front-driver feels a little more eager than that, thanks to a responsive six-speed automatic and an overall level of refinement that's easily among the best in its segment, if not the best.

The 250-horsepower Turbo changes the mood of the even-tempered base car, lifting its tepid performance into something more interesting. It's good for 0-60 mph times of 6.2 seconds, and top speed drifts up to about 129 mph, with almost no perception of lag or audible change from the engine bay. There's a manual transmission available, but it's not common on lots.

Gas mileage isn't stellar for a compact car. The Verano is rated by the folks at the EPA at 21/32 mpg, not so impressive considering the Cruze's top 42-mpg highway figure. The Turbo penalty? Just one mile per gallon more, so why not?

Crash-test ratings from the NHTSA come in at five stars overall, but the Verano no longer rates as an IIHS Top Safety Pick, since it hasn't yet been subjected to the new small-overlap crash test. Equipment-wise, there's a lot included: ten standard airbags, electronic stability control, and anti-lock braking with brake assist, as well as OnStar Automatic Crash Response. Rear parking assist is available, and a rearview camera is standard; Turbos have blind-spot monitors standard, too.

Don't think of the Verano as a Cadillac in terms of equipment, but then again it isn't priced against one. At a base price in the low-$20,000 range, it comes standard with features like two-zone automatic climate control, Bluetooth, a USB port, an infotainment system, and steering wheel audio controls. Options range the gamut and, at around $30,000, a well-equipped Verano does a heck of a job impersonating a true luxury-level car.

Layered with upscale features and a refined feel that belies its middle-market price, the Verano carries over mostly unchanged for the 2015 model year. There's an available style package for upper trim models, OnStar now includes 4G LTE connectivity with the ability to establish an in-car WiFi network, and the manual transmission has been dropped.